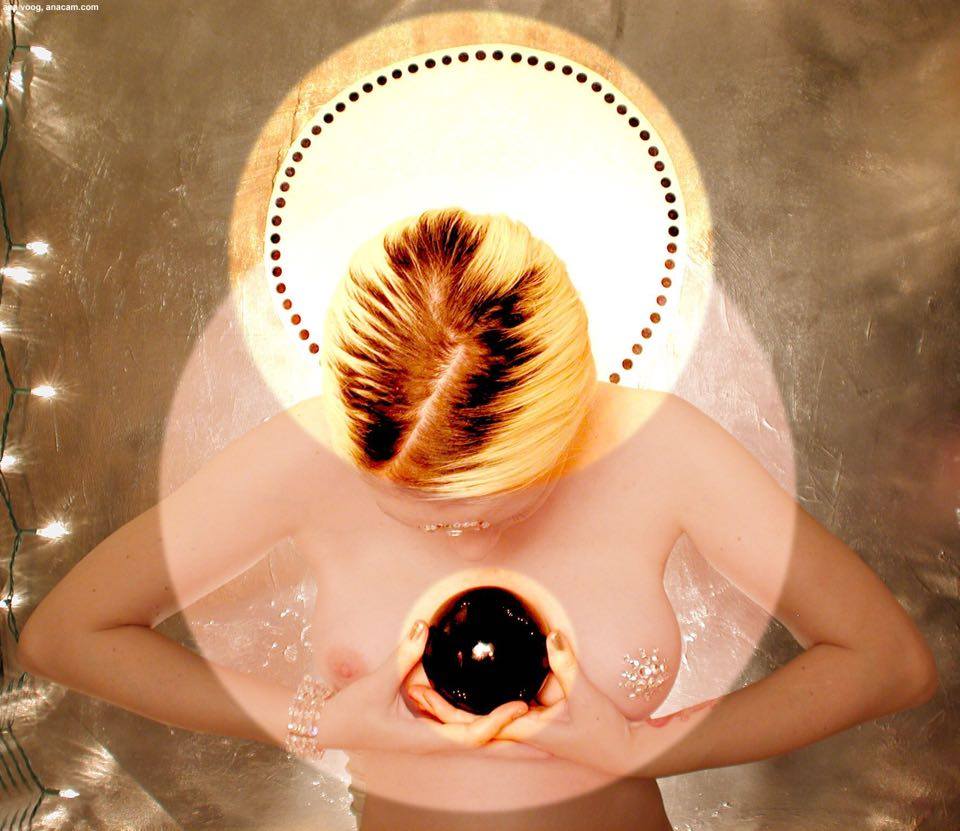 A friend of mine is continuously badgered by people accuse her of “magical thinking.” There are things to say about that.

Whitman
(don’t know much about this guy, took this quote from a philosophy course on Formal Logic where it was used to illustrate a paradoxon thirty-four years ago; afik he wrote egalitarian and anti-racist stuff, but his personal views — not so much acceptable… there you go with the contradiction…)

Scientific thinking — the basis for the development of a valid worldview.
Even scientists fail in that regard ever so often, no surprise there, they are human.
Scientific facts get reevaluated, no surprise there either. The complexity of our image of the world grows. New methods, new ideas, and the well proven and tested combine to a symphony with many voices — how could it be different.
This is a strength not a weakness and doesn’t devalue science. Only utter morons the American president people with little training in their thinking believe that. You can state something wrong and call it “alternative fact,” but that doesn’t make it true. It might be called a worldview, still it’s not a valid one.
Scientific thinking needs to be open to the idea of being wrong. Not before your findings are replicated and evaluated by many others they become “scientific fact.” That’s the step that leads from hypotheses to theory (as in “scientific theory” which is the outcome of a long process and not at all to be understood in the sense of “oh, it’s just a theory…” So “theory” means proven and tested, you creationist asswipes. You can’t invent some bullshit and call it a valid alternative based on the fact that in everyday language “theory” means not really real).
It’s rare that something well tested is proven wrong, utterly false and without value. Usually a theory doesn’t get replaced, merely its reach reduced and adapted to specific circumstances. Then it lives on as part of a more complete new theory (e.g. Newton’s mechanics and Einstein’s theories).
You need to be exact, you need to be able to evaluate, you need to be able to think in complex systems. Still, you also need to be wary of starting to believe your own findings to be universal and valid for realms your method can’t cover.
I am a passionate critique of religion, a feisty agnostic, a strong believer in the scientific method. Religious argumentation always is universal, there is no room for doubt and the possibility of things being different, because there’s always a source of ultimate truth, be it a book or teachings by somebody long dead.
Humans seem to need religion — as long as it kept on a personal level I am fine with that. Believe whatever you want, who am I to judge?
It breaks my heart though to see “scientific thinkers” (with, in most cases, spot a not very philosophically reflected mindset) step over that border and lose credibility in terms of the broader concepts describing the world.

(A friend of mine, her boyfriend and me in a street café. The friend and me are talking about astrology)
Me: It fascinates me how almost every time I find a certain kind of impatience in a person’s behavior this person turns out to be an Aries…
Boyfriend (a biologist working at the University in his field): But one mustn’t believe in such things!

See if you can spot the errors of his ways! Meanwhile imagine the Jeopardy melody playing in your head while you enjoy this picture of a true Aries:

Didn’t get the answer? Aw, sorry, but thanks for playing.
Here are some hints:
A) who the heck was saying I believe in anything? Not me. I observe, I analyze, I combine, I try to understand (more about that later). And if I find a theory that suits the facts and observations that I cautiously consider it, even if it’s astrology. Doesn’t mean I believe in any of that.
B) saying somebody “mustn’t believe in such and such” because it doesn’t go along with your worldview is the Cardinals refusing to look through Galileo’s telescope because “naught can be that mustn’t be!” It disqualifies you from being a true scientific thinker.

Not the least because there are limitations to the ability to describe the world as a whole when it comes to natural sciences (I come to that in the moment).

I am skeptical about the existence of any form of deity, still, the fact that our science works doesn’t mean there is none (and the other way around: just because you can’t disprove a God doesn’t mean there is one. Long live the Invisible Pink Unicorn!). Immanuel Kant wrote the whole damn Critique of Pure Reason to develop the fundamental ideas that allowed him to start thinking about concepts like God and freedom. So, accept that a puny “I see no reason for a God” is no valid proof for anything. You gotta do better than that.
And if you do then go ahead with my blessing and do please criticize the hell out of any religion or pseudo-spiritual blabbering.

To me, one of the pillars of scientific thinking is the ability to never forget the possibility that new facts might prove your current view wrong.

That doesn’t mean you can add random false things to your world view, call them “alternative facts” and think they become true. For that you have to be a complete moron, the American president indeed a quite unscientific thinker and one of the true dangers to the world. When you start to think your nevernever-lala-fantasies are what we all share as a world, you are out of your mind. Or better: your mind is out of this world, but not in a good way.

Yet, all this pertains to facts. When properly established they are indisputable, basic necessity for the freedom to think the well-known and also above and beyond.

Here’s where things get tricky.

There is something called the mind-body problem. In a nutshell this means you can successfully explain the world or anything about it when you start from the mind. The German Idealism (Fichte, Schelling, Hegel…) tried that and failed. I won’t get into that, of much greater importance for us now is, the other way around doesn’t work either. You can’t explain the mind through natural science.

Here’s whether laughter starts. I know what I’m talking about, the attempt to clarify in a sound philosophical way (nothing esoteric or New-Agey, mind you, but based on logic and clear, proven concepts), that there are limits to the reach of natural science when comes to explain the world. You can explain the quantum, and you should do so, in every detail. Still, quality, the quale remains unexplained, not understood.

You can describe in detail down to the quantum mechanics (well, someday we will be able to) what happens in my brain when I look at the those lovely two dildos/horns in the picture above, but you can dissect my brain till all you have is minced meal and still you won’t find the mind and soul that sense the quality “nice” (or black, or hot, or whatever one might feel is a quality pertaining to this picture). For that you need the geisteswisenschaften (humanities/philosophy).

For a deeper look into that problem I recommend Helmuth Plessner, The Steps of the Organic and Man, an Introduction into Philosophical Anthropology from 1928 which was sadly overshadowed by Heidegger’s magnum opus and only now starts to get the recognition it deserves.

These are concepts hard to get for any natural scientist. Since Descartes defined the basic binary concept of res extensa and res cogitans the natural sciences rejoice in a triumph of increasing predictability and accountability and soon lost even the feeling that there might be something like a multitude of methods. Last one to close consider that was Heisenberg. He is dead for quite some time now.

The worst part of all that started when psychology tried to become a “natural science.” At least in that it was implemented with mathematical empirical methodology. One of the reasons I can take this “science” seriously. A”science” that produces studies of which 95% aren’t reproducible should start over. Try a different method! Try hermeneutics, what every psychologist worth his or her salt does anyway in real practice.

No, psychology doesn’t answer to the Qale?

The interesting part is that the deepest look into the fabric of our universe is made by theoretical physicists. And they use an astonishing amount of math and their minds and nothing else to do so…

Not that that you are free to perpetuate any given bullshit someone invented, the consistence with the findings of natural sciences must be uphold at any time. But as long as your reflections don’t break the causality of natural processes (in that case you truly in the realm of beliefs and religion) your views may be just a way to make sense the world.

Hermeneutics is the method philosophy uses to get a better understanding of the world, and that involves a process that is never ending. You read a book and out of all the knowledge you have about the world in the book and the language it is written in you get a understanding of that book. But if you read it again, your knowledge contains the understanding you won the first time and you get an even deeper understanding. This happens again and again and there is no true “thing itself” you discover at one point. It goes on and on and that’s a good thing (it’s called the hermeneutic circle, which I think is a misnomer, since the understanding doesn’t return to the starting point. And neither is it a spiral, no taken into account the self similarity of the process, the iteration and the endless diving in new detail is clear: it is a hermeneutic fractal. Copyright me)

The only way to really grok the “thing itself” (a feat that absolutely cannot be achieved according to Kant — he was right by the way concerning that) to become one with it. That’s mysticism and again we entered the realm of beliefs and religion. If you don’t really grasp what that means think of having sex with a person you really want to connect with. That kind of “matching together” is pure mysticism.

So, to sum it up, to discredit someone in a puny and spiteful way just because it collides with any attempt at “scientific thinking” you might be convinced you do (which for the most part probably is based on somebody else’s thinking anyway) for being a “magical thinker” is far from being scientific in any way.

Maybe that person has reached a deeper understanding of the world based on a hermeneutic evaluation of what that person perceived (and understood) and you simply lack the ability to widen your view enough to be enriched by what that person says.

So, let me throw my hat into the ring of the “magical bossa nova” of unleashed, unabashed hermeneutical thinking:

Hermeneutics is love. To love is to understand. So open your fractal self and melt with the universal fractality of existence!

And while you melt and burn and splinter and grow trying to figure out what this reality might be, everybody is talking about, let your mind get lost and listen to the music of Ghost in a Shell (a recommended movie if there ever was one — the animated Japanese original, of course, not the Hollywood-whitewashed version):